Established in 1999, Académie Lafayette has continued to thrive thanks to the dedication of parents and educators.

Académie Lafayette is a unique school with a history long intertwined with the Kansas City Public Schools. According to an article written by one of the original board members, Dr. Paul Garcia, in the American Council on Immersion Education newsletter in 2001, “Académie Lafayette, the first Charter Public School in Missouri, is an independent public charter school unaffiliated with — but nevertheless an outgrowth of — a once-extensive immersion project undertaken by the Kansas City, Missouri, School District (KCMSD). Following a federal court order in November 1986 to desegregate the public schools, KCMSD embarked upon an ambitious magnet school project. The array of programs offered included ten immersion schools, K–12, where French, German, or Spanish was offered. A subsequent court order in June 1995 marked the beginning of the collapse of the entire KCMSD magnet school project — despite the teachers’ skills and dedication and the academic success of the immersion and the arts programs. By 1999, the German program and the 9–12 portion of the French and Spanish programs had been eliminated; the French and Spanish programs, grades K–8, were reduced to two sites. Further, immersion content subjects were curtailed.

The parents, especially those from one immersion site, were instrumental in seeking a charter from the State of Missouri during late 1998. Académie Lafayette was inaugurated in August of 1999 to 250 boys and girls in kindergarten through 8th grade; most of the children in grades 1–8 arrived as transfers from KCMSD.” (View reference.)

Académie Lafayette was originally located in the classroom wing of Temple B’nai Jehudah, located at 69th and Holmes Road, one block west of Troost Avenue. The school’s original name was The Kansas City Foreign Language Charter School. It was changed in 2002 for two reasons — to shorten the name and to reflect the historic connection between the United States and France because of the heroism of the Marquis de Lafayette in the American Revolutionary War.

In 2002, the school was notified that the Temple had been purchased by the founders of another charter school, University Academy, and they would have to move. In 2003, the school board purchased the former J.C. Nichols school building and moved another block west to 6903 Oak Street. Because of dramatic growth, in 2012, the school board purchased a second building, the former Ecole Longan, at 34th and Cherry, to house the kindergarten through 2nd grade classes. Ironically this building was the location where the original group of parents and educators first conceived the idea for a French immersion charter public school.

After the successful completion of the $3.5 million Give to Grow Capital Campaign in 2014, a six‑classroom wing was built at the Cherry campus to accommodate the growing number of students. Approximately 450 kindergarten through 3rd grade students called Cherry home. The remaining 4th–8th grade students spent their time at the Oak campus.

In 2017, the campaign to implement Académie Lafayette’s K–12 growth plan started with the first phase consisting of growing the K–8 program. The Armour building was purchased, raised $3.2 million from local and national philanthropic organizations, netted $1.8 million through new market tax credits and accepted an additional 66 kindergarteners and 34 first graders. The first three floors of the Armour building were renovated and opened for the middle school students’ first day of school August 15, 2018. The fourth level welcomed the freshman class for our new high school and the fifth level is reserved for further high school expansion. 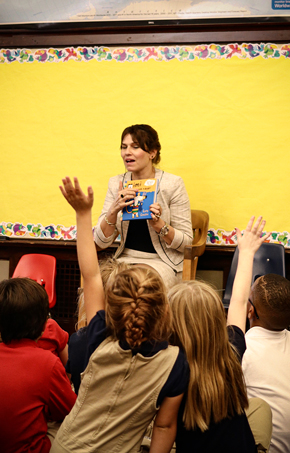 What We’ve Been Up To

Académie Lafayette’s student performance is measured using the Missouri Assessment Program (MAP), a test administered statewide to all public school students in grades 3 and above. In 2015, AL’s test scores exceeded those for the State of Missouri by 21.8 percentage points in English language arts and 23.8 percentage points in math. In fact, in 2015, Académie Lafayette ranked higher than 94.5% of all public elementary schools and 96.5% of middle schools in Missouri. 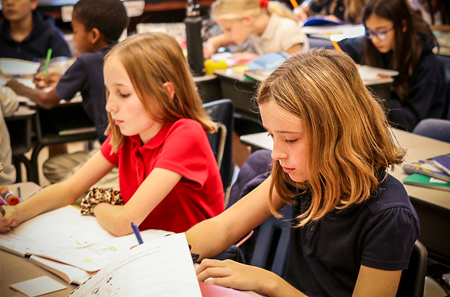 The success of Académie Lafayette students is even more significant when one considers they are taught each subject matter in French but are tested using the English MAP test. Not only are students receiving a stellar education using a unique curriculum, they are receiving the gift of a second language while they learn.

AL By the Numbers 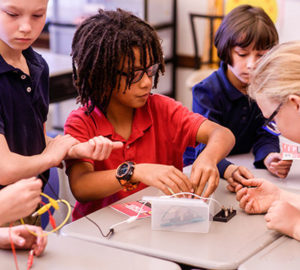 Kansas City zip codes from which our students come